This year Samsung has launched their flagship Galaxy S10 series of devices. The Galaxy S10, S10 Plus, and S10e have been launched with One UI based on Android 9 Pie out-of-the-box. The One UI is much refined and optimized for better user experience as compared to the Samsung Experience UI. AT&T started rolling out an update for Galaxy S10, S10 Plus, and S10e devices with system improvements.

The OTA updates are rolling out gradually and will take a few days to receive all the AT&T carrier running models. The new update brings a few system improvements, bug fixes like performance, slow motion or super slow motion, keyboard swipe issue, and more. 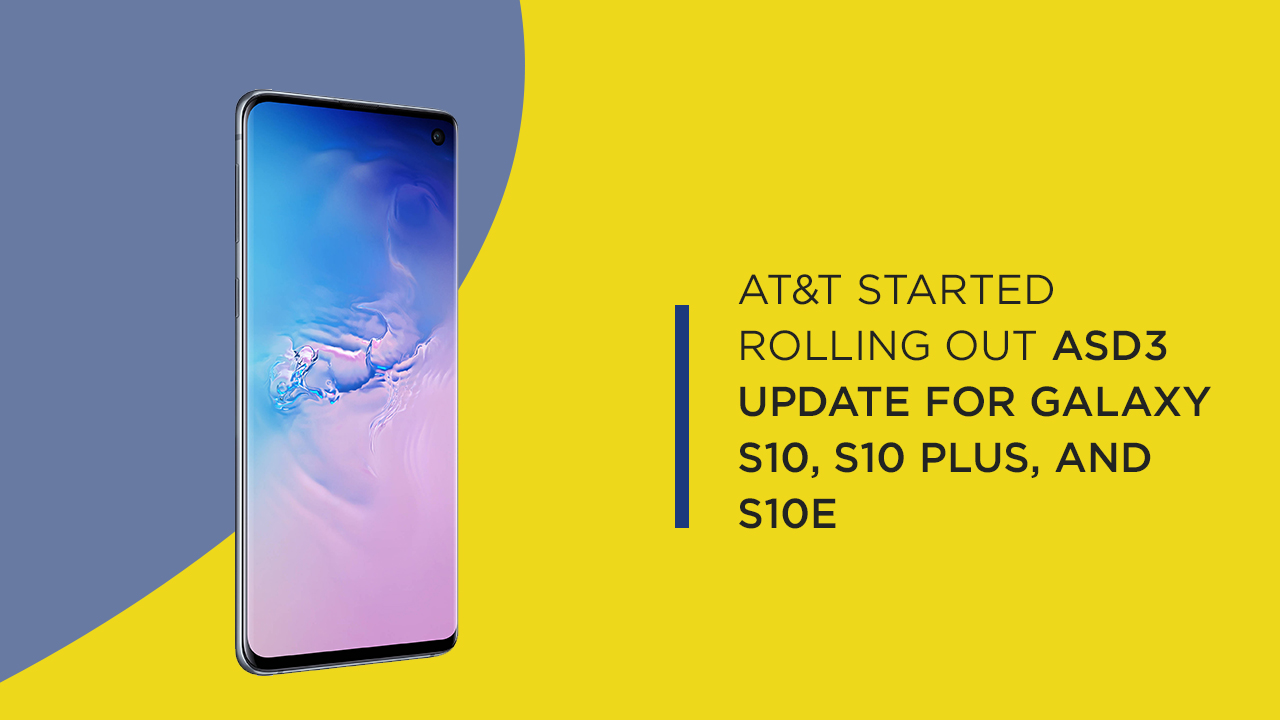 The update brings the ASD3 Update OTA to build with March 2019 Android Security Patch as well. AT&T carrier rolling out Galaxy S10, S10e, and S10+ devices and should get notified soon. But if you’re intended to receive the update faster then you can check for the update manually from device Settings -> Software update -> Download and install.

You can check manually for the updates several times if you don’t see any update notification for the first attempt.